The American Academy of Pediatrics recommends that babies should exclusively breastfeed for the first 6 months of life, and then be introduced to solid foods after that around 6 months of age. However, not all babies are exclusively breastfeeding up until 6 months of age and some babies are really hungry and ready for foods prior to that time.  At Park Pediatrics we counsel parents that between 4 and 6 months of age, babies develop the muscular strength to eat solid foods, the interest in food, and the ability to digest it. Look for your baby’s ability to hold their head up and also for their interest in your food when you eat. If you start before 6 months of age, keep in mind that your baby is not ready to decrease their breastmilk or formula intake. It is not recommended to give babies younger than 4 months of age solid foods and never give your baby honey or anything that they can choke on.  Easily choked on items include: popcorn, raw carrots, hot dog rounds, hard candy, and whole grapes.

1. Start with foods that are pureed so that your baby can easily take the food in until they learn to chew. Watch for the tongue thrust (babies need this to nurse) as this will cause them to push the food or spoon out of their mouths. If this occurs, stop the feeding and wait until they are a little older. Otherwise you will just end up with a mess!

2. You can give foods in any order. There is no evidence that giving vegetables first will make your baby less picky when they get older or that giving cereal first will be better tolerated.

3. Give foods high in zinc, iron and other nutrients like pureed meats, beans, vegetables or cereals. Fruits are also an important early food to introduce but not necessarily the very first foods.

4. Start with iron-fortified oatmeal cereal mixed with formula or breast milk to the consistency of mashed potatoes. Start with two tablespoons of cereal and gradually increase to a 1/2 cup a day. This amount provides the iron your child needs and should be continued until they are at least 9 months old.

5. Talk to your pediatrician to see if your child should get peanut butter early. Since the LEAP (Learning Early About Peanut Allergy) study was released it has become clear that early introduction of peanut prevents peanut allergy.  Make sure to water down creamy peanut butter, or mix into pureed banana or cereal, so as to avoid choking.

6. You don’t have to give single ingredient foods one at a time or wait several days unless your baby is at high risk for allergies (strong family history of allergies, severe eczema). Babies may be introduced to a variety of foods, all at once, even during the first days of introducing solid foods. The thought is that offering a wider variety of tastes and textures, early and often, will get baby’s tastebuds excited and “trained” to enjoy flavors of all types. Offering a larger variety sooner, such as serving 4 new foods during a 2 or 4 day span, rather than later may just give baby the willingness and curiosity to try anything and everything put in front of him.

7. Babies are ready for finger foods when they are sitting well, perfecting their fine motor skills and showing signs of being able to chew. This usually occurs around the 8 month mark. Once babies can eat soft finger foods, you can give cooked eggs, well cooked pasta or rice, cheese or cottage cheese, and any other food they have already had as a puree. Make sure foods are small and soft to prevent choking and don’t give anything with honey. 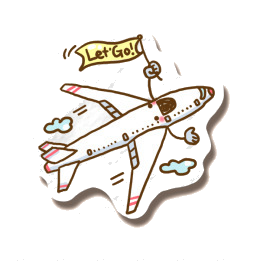 Check out our travel medicine clinic